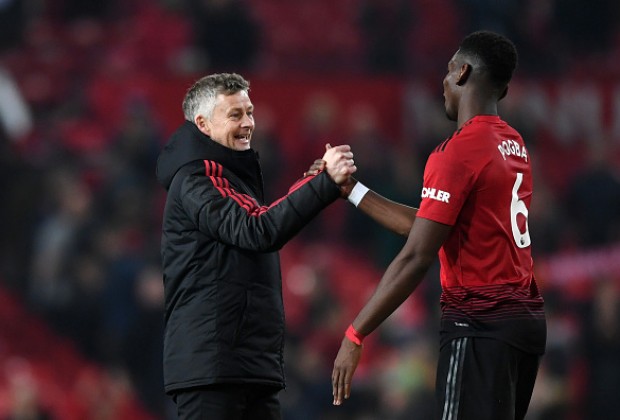 Manchester United have won a fourth consecutive match under the newly appointed coach and former club player Ole Gunnar Solskjaer. The Norwegian coach also signed his first ever clean sheet as manager with the 2-0 victory at Newcastle. This was the first time in eight games Man United had not allowed a goal.

Repositioning on top of the table

With 12 points taken in the 4 games, the Red Devils find themselves competing for top places again in the Premier League. They are now three points behind 5th place Arsenal and 6 points behind 4th place [Champions League berth], Chelsea.

If they continue at this pace they will surely finish in the top 4. It shows how competitive the English League is and winning or losing streaks can change anything in the matter of a few weeks.

Coach Solskjaer comments on his team’s progress and another win:

“The performance was really professional. We were very solid to come here against a club like this, with the fans they’ve got, and I thought it was excellent, how the boys dealt with it — especially in the second half. In the first half, we kept them at bay for about 15 minutes but then made some mistakes and the crowd got going again.

It’s always harder for you then. We never hit the heights that we can do, but still, I felt we were in control, kept plugging away.

We’ve had a clean sheet in every single game, apart from set-pieces! When you keep a clean sheet you’ve always got a chance to win a game because we’ve got quality going forward. To keep one of them is a bonus and it’s great.”

I felt it was time to bring Romelu and Alexis on. It was a great hit by Marcus. Rom did his job as a striker to be following in on the rebound. If you do that, you’ll get five or six goals [that way] every season. When you see big Rom running towards you as a goalkeeper, I think you’re going to move your hands away!

We were solid and then the strikers made the difference. These games, when you go to these places, when you’re getting a bit tired — that’s when your character comes out. That’s when your personality and your hunger to win games comes out. Everyone wants to win but you see these players, the character… they needed to win this game.

It’s important you celebrate these wins along the way. You’ve got to enjoy the journey, not just the end product. Every time you win a game, it’s time to celebrate and to pat yourself on the back. Tomorrow morning, you get up and out of bed ready for the next game. I’ve been here after the 5-0 defeat (in 1996) and luckily today they can go home happily. It was fantastic.”