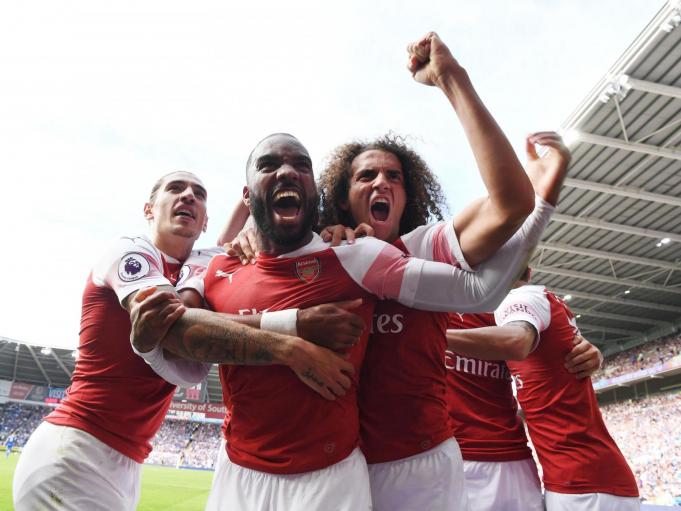 Arsenal had to react following the trashing 5-1 at Liverpool to close 2018. The Gunners did outpace a weak Fulham that is likely to fight against relegation until the last day of the Premier League.

Once again the Gunners conceded a goal which number 31 in just 21 games, the worst in the top 5 clubs and only second to Manchester United [32 goals against] in the top 10.

Coach Emery have had great success offensively with strikers Lacazette and Aubameyeng in the top ranking. The latter being tied with Harry Kane at 14 goals scored.

He shares his relief on wining to start 2019 and his concerns on the defensive work to be done:

“We needed to win today. We spoke before in the dressing room about today being one day where we can be consistent here with our results. We knew that today we could win three points and that the three points would give us security in the table.

We are behind the first four teams in the table, but we want to continue to be close and maybe in the future we can be in the top four if we take our opportunities.

Our challenge now is to improve defensively. What’s the reason? Maybe different things. First, not with every player, we need to defend more than we did today with different injuries. Today’s the first time we could play with Koscielny, Sokratis and Mustafi – and the injury to Mustafi in the first half meant we had to change to four at the back in the second half.

But we are very happy with the attacking players scoring lots of goals like today, but we need to take more balance defensively and to improve. It’s one thing for us to work on, to prepare for the second half of the season. We need to do it better in the second half of the season by working with every player in the team tactically – and that’s what we’re going to do.

Scotland and Denmark Falter as Icemen Progress in Euro Under 17s