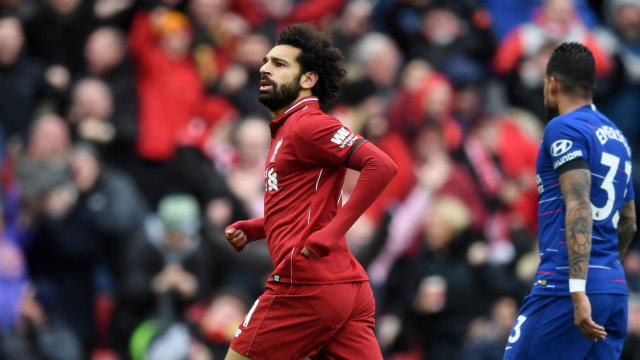 Liverpool knocked down Chelsea 2-0 and regained the lead from Manchester City.

The Reds have a favorable schedule over the last four games of the season whereas Man City still have to play Tottenham Hotspur and will visit Man United. The Manchester derby is likely to be the focal point of City’s season. A win in the derby will likely give the title for Citizens.

But knowing the hate in between the two rivals. United will do everything to prevent City from the title even though it is to crown another rival…

Coach Klopp comments on the big win vs Chelsea:

The second goal was a nice strike from Mo obviously, a fantastic goal as well. Apart from the 10 minutes when Chelsea changed system and had their chances, we controlled and dominated the game for 80 minutes. But in these 10 minutes, if they were 10 minutes, they could have changed the game completely – [hitting the] post and two saves from Ali. That was a bit dangerous, of course, but then we controlled the game again. It was a fantastic performance, an even better atmosphere and a very, very important result.

Football-wise, we dominated for long parts of the game. Passing was really good, you need to be patient but direct. I like that game a lot, to be honest. We go to Porto now, which will be a tough one, and we will play there as good as possible. Then we play Cardiff and everybody knows they fight for [staying in] the league, everybody knows it is a tough place to go. We go there and we will try everything to win there.”

For Chelsea coach, Sarri, the team will try to save a top 4 spot:

“Of course Liverpool are one of the best teams in Europe at this moment, they played very well for 90 minutes but we stayed in the match very well today.

It is difficult in England to close the gap because the level here is very high. To close the gap on Liverpool and Man City especially will be very difficult but now we are really very close to the other teams.” 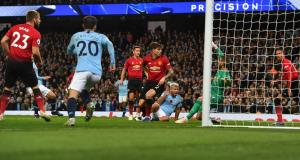 In Manchester, City is the Boss