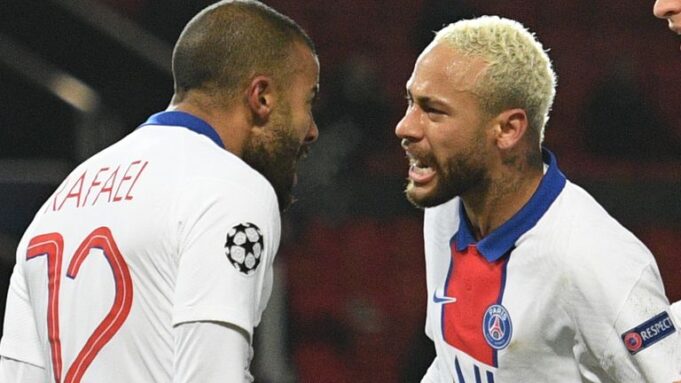 Brazilians Neymar and Marquinhos scored all three goals in PSG big victory at Old Trafford 3-1 against Manchester United. Marquinhos who scored the go-ahead goal also made a crucial save when the game was leveled at 1-1.

At third place before kick-off, the win sends Paris Saint-Germain back on top of the group with 9 points, alongside Man United and RB Leipzig in a three-way tie. The Parisians will look to clinch first place with a win at home against Basaksehir while Man Utd will travel to Germany knowing they cannot lose the game.

Neymar created and Neymar converted against Man Utd. The Brazilian needed a big game after not producing much and playing at his best. PSG needs performances like that from the most expensive player ever.

Another big piece for the French team was Marquinhos today. Defensively he was spot on and read most of Man United’s attacks. He was also at the right spot to score the second goal for PSG, the French club desperately needed. Brazilians Neymar and Marquinhos when the club needed it the most.

Post game Neymar admitted he wants to play with Messi again and surely they will play together next season. But where, At FC Barcelona? PSG? Man City? Rumors will pour again..

Coaches speak after the match

“I think you look back at that game and the chances we created and you feel we deserve to go through. But you need to be more clinical, you need to take your chances, definitely. But you’ve got to say the boys did create those moments and chances, that’s the big positive.

We should have been more clinical, of course, we know that. More quality with the finish and then you’re celebrating. But that’s football. It’s always decided in the boxes with that quality. Sometimes it goes for you, sometimes against you and definitely tonight it went against us. We didn’t deserve to lose.”

“We go into a game of football wanting to win it. I think these games against PSG and Leipzig at home have showed how much we’ve developed. I think the team has developed in these types of games and it’s just about some finishing today and we’d be smiling.“

“We suffered slightly at the start of the second half, because we played with less discipline and didn’t manage to adapt to the situation. We lost too many easy balls and the opposition hit us on the counter-attack.

We were able to hold on and not concede a second goal. We never imagined losing this match, we never gave up and showed excellent spirit, combined with quality on the pitch.” 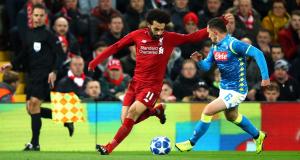