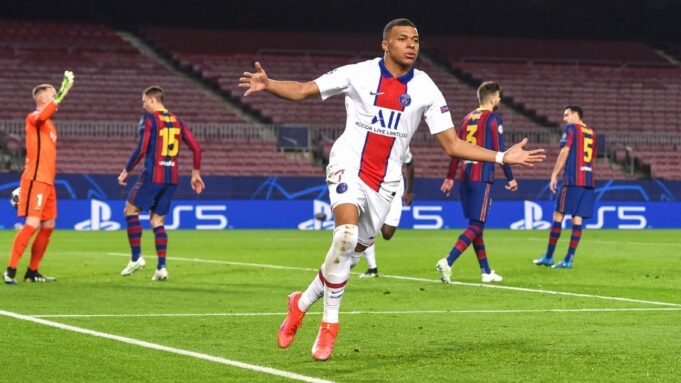 Kylian Mbappé scored a hat-trick during Paris glorious night in FC Barcelona’s castle, Camp Nou stadium. Leo Messi and his teammates have nowhere to hide following the 4-1 humiliation at home. PSG is a superior team and it took about 35 minutes into the game to see that.

FC Barcelona play best during the first 25 minutes and got rewarded a penalty captain Leo Messi converted for the 1-0 lead. The lead for FC Barcelona had a chance to be extended with Dembélé but his try was too soft to create a second goal. From there onward it was a total PSG domination. The French champions leveled thanks to their superstar Mbappé at the break, 1-1.

Second half in control

PSG came into the second half with intentions to score more goals and they did so. Mbappé scored his second and third goal in the game while Kean added one in between for a final and sounding 4-1 victory. MBappe was on fire and became the third scorer in club’s history with the hat-trick.

The Parisians erased their demons from the famous “remontada” 6-1 debacle in March 2017, almost 4 years later.

PSG coach Pochettino on the big win in Barcelona:

“When you win, you are always happy and then the performance was very good. The players deserve everything and we feel very proud of our players for their fantastic match.

But now we need to be focused on the game against Monaco and this was only the first leg and we still need to play the second leg in Paris. But we showed that playing in the way we did today, with that intensity and standard, this team is capable of doing anything.”

“The players played a perfect match, it was a very impressive performance from them. The coach and his staff prepared the squad very well for this encounter, we are very happy, but there are still 90 minutes to play. We have many important challenges coming up, in the league too, so it’s important to remain calm. I am very proud of the players, I think the squad is strong and they need to maintain this level. I also think about Kylian, I am very happy with his hat-trick this evening, it’s an historic feat for him and for the club. We are all very proud of him!”

FC Barcelona coach Ronald Koeman could not hide behind the reality that PSG is superior: “In the second half they were the better side” and concede a painful defeat. 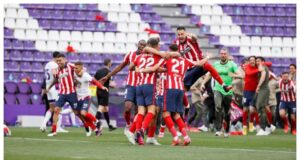