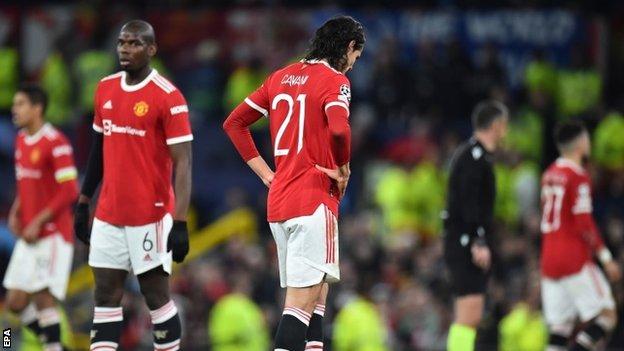 There will be no Cristiano Ronaldo nor Lionel Messi in the champions league quarterfinals, as it happened also last year. Alike PSG, Manchester United failed when the competition became stronger and exits early in the competition. Both clubs we’re supposedly set up to win the competition; however, a team is not about piling up big star names but a mix of men playing for each other towards a common goal – which we have not seen today or with PSG last week.

Atletico Madrid moves on deservedly thanks to a strong defense that annihilated Ronaldo’s and his teammates’ offensive moves.

Coach Rangnick on the early exist

We started the game exactly the way that we wanted to play it, energetically. From the very first minute, we were in control of the game. We could have scored an early goal when we hit the crossbar and there were two or three other good moments in the first half.

But, unfortunately, we were not able to convert that energy into one or two goals in the first half, which would have been highly important, to score the first goal ourselves. And then we conceded that one transitional moment shortly before half-time and this didn’t make our life any easier. I still believe there was a foul on Anthony Elanga a little bit before that counter-attack moment but the referee and linesman didn’t see it that way.”

“Yes, but that would have been the case, even if we’d have won the game tonight. We also have to be realistic. To achieve that, we have to win six, if not seven, of the games and win away at Arsenal. It’s not an easy thing to achieve, in the end, but we will try hard and do our very best to finish fourth at the end of the season. Whatever happens, our job now, together with the fantastic supporters, the fans were fantastic today, is to finish this season on the best and highest possible note.”

Barcelona has one foot in the Copa del Rey final