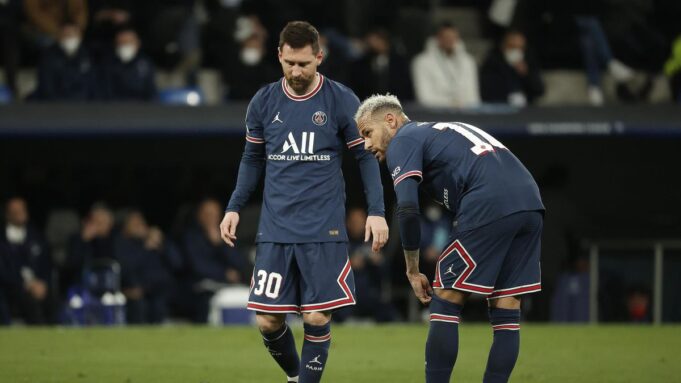 Fans in Paris are fed up following the early exit in the Champions League Round of 16 at Real Madrid during the week, another disappointing performance for the French club. As the French club resumed the domestic league against the worst team in the table – Bordeaux, the supporters at the stadium voiced their frustration and angriness when two of the supposedly best players in the world were announced on the big screen.

Messi and Neymar received a large number of boos as they entered the pitch. You know what, they deserved it they’ve been a shelf of themselves and are one of the main reasons why PSG is in the situation out of the Champions League, early again this season.

Messi should never have come to PSG

Lionel Messi should have found a way to stay in Barcelona or my sleeve as soon as possible. His style of play is not fit and he clearly does not look like the same player we used to see every weekend with FC Barcelona. The best bet for him is to go to Manchester City and play under its former coach Guardiola

We know PSG coach Pochettino is likely gone at the end of the season. Still, there is a league to win and a job to be done:

“It was a difficult game. We knew that Bordeaux was going to fight in order to try to pick up points. The team was really professional and the overall performance was good. The 10th title? I think that it is the most important thing now. We need to be focused on winning. We are all disappointed after the Champions League game, but we cannot stop doing what we need to do.

It’s to respect and to take responsibility. Responsibility is one thing for what happened in the past. But you cannot change the past and what we need to affect in the future. Of course, we need to learn and we need to know what we need to do to try to improve. But I think the three points today were important to keep the distance and to be in a good position at the league table in order to finish the season by winning the league.

“I think the players are still going to be affected and our fans too, I understand that they are so disappointed and really frustrated. We are all together, that is the feeling we share. We are the protagonists in the story, so we need to take responsibility. But this is football and we need to understand. Now we need to capitalize on this experience and be better for it in the future.”

No winner in top 2 Ligue 1 clash