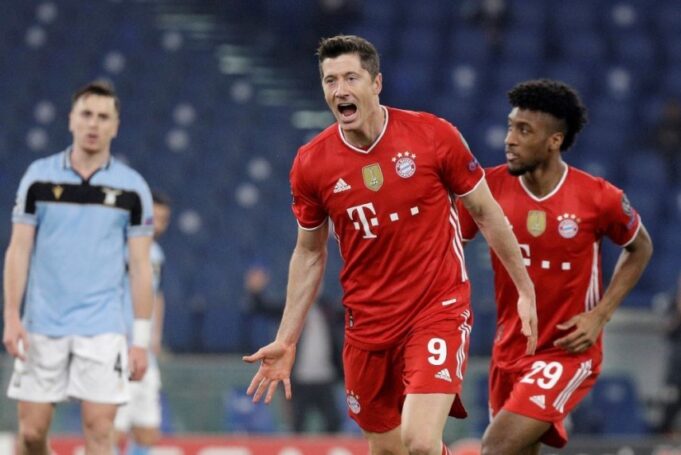 UEFA Champions League round of 16

The defending champions left no chance to the Italian Serie A side as Bayern Munich trashes Lazio 4-1 in Rome’s Stadio Olimpico in the UEFA Champions League first knockout round.

Bayern Munich took care of business quickly in this game. Robert Lewandowski was first one the scoreboard after just minutes into the game. The Bundesliga champions’ domination fatten with two more goals as the first half concluded with an emphatic 3-0 lead.

A fourth goal will be swiftly added two minutes after the break. Lazio got its relief instantly after Bayern’s fourth goal to preserve small hopes before the return leg.

Bayern head coach Hansi Flick on delivering expectations: “Everyone lived up to expectations. We turned in a very good team performance. We wanted to put our opponents under pressure from the start, it worked out well. We often won the ball high up the field, created chances and made the most of them. We’re very pleased today.

We want to advance to the quarter-finals, and today we took a giant stride towards our goal. But there’s still a second match to play.”

“We wanted to be there from the first minute and make a statement. We wanted to play aggressively going forward here, away from home. It was a tough game. You could see we were out of gas towards the end, Lazio too. We took advantage of the scoring opportunities and played a solid, good game. Certainly it boosted us that we scored so early.”

Lazio sits at 6th in Serie A and battles for Champions League spots alongside Napoli, Atalanta and AS Roma. The league is very competitive and the manager knows the team must swiftly refocus.

“I don’t think we turned in a bad performance. After the first goal, we weren’t so confident. We knew it would be difficult. Of course, the result is very unfortunate. But we are now looking ahead to the next games.” 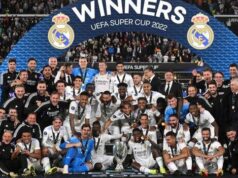 It is Lewandowski’s time with a record breaking 5 goals in...