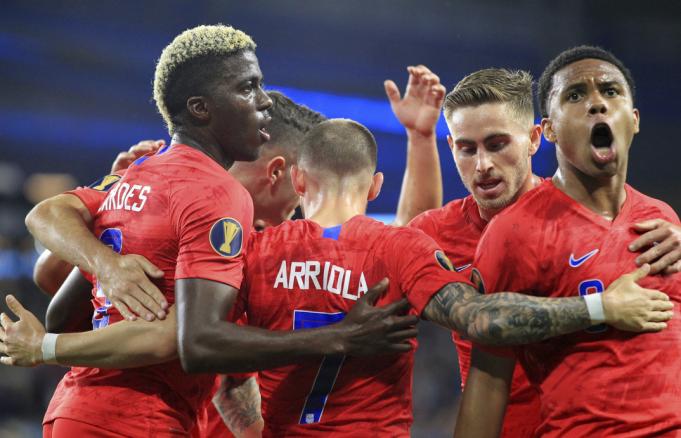 In front of a sellout crowd of 19,418 fans at Allianz Field, the U.S. Men’s National Team opened its 2019 Concacaf Gold Cup campaign with a 4-0 win against Guyana. Paul Arriola and Gyasi Zardes scored a goal apiece, while Tyler Boyd notched two, the first of which opened his account with the USA and also marked the 1,000th goal in USMNT history.

After a torrid opening that saw the U.S. living in Guyana’s half of the field, the MNT’s pace had just seemed to slow a bit when the USA carved out two big chances around the 25th minute. First, Arriola executed a nice turn in the center of the box to get off a shot that was blocked by a defender before Pulisic was robbed from the middle of the box by a great save from Guyana goalkeeper Akel Clarke.

The USA’s pressure was rewarded in the 28th minute as a flowing team move sprung Arriola open into the left side of the box and the D.C. United attacker smashed a sharp angle shot into the right side netting for a 1-0 lead that the U.S. carried into the break.

Five minutes after retaking the field the USMNT scored goal No. 1,000 in its history. A raking crossfield ball from Michael Bradley was expertly controlled by Boyd, who put a move on his defender and snapped a shot across the box into the lower left corner for his first in a U.S. shirt.

Ten minutes after the restart the USA upped its lead to 3-0 thanks to an Arriola blast that deflected off a defender and then Zardes before billowing the center of the net.

U.S. head coach Gregg Berhalter went to his bench just after the hour mark, bringing in Wil Trapp for Bradley and Cristian Roldan for Christian Pulisic. Soon thereafter, Weston McKennie was withdrawn after going down and replaced by Djordje Mihailovic.

Boyd capped off the evening with his second goal in the 81st minute and goalkeeper Zack Steffen made a nice save on Guyana’s sole shot on target to ease the USA across the finish line with the full three points. 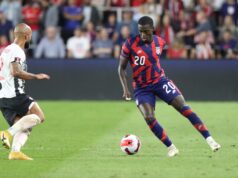 Greg Berhalter takes another gamble with team rotation, and it pays off. 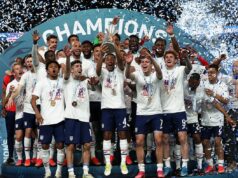