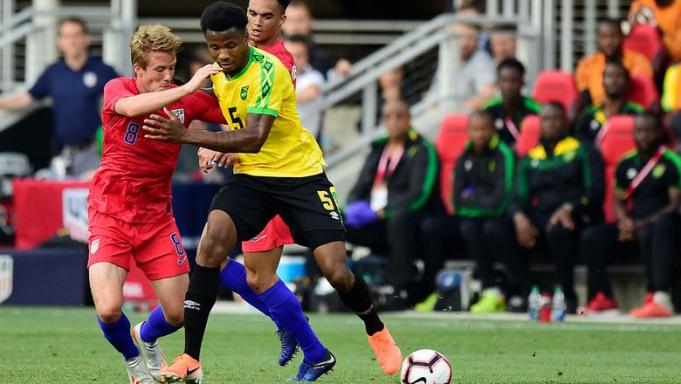 The Reggae Boys came to DC and deservedly won 1-0 against an experimental USMNT lineup for coach Berhalter. As an evidence the coach decision completely failed and USA showed again how vulnerable this team is.

They were playing Jamaica with most of their players playing in the USL. It seems, US soccer Men’s players have no pride in wearing the American jersey. They should be ashamed of their performance. Following the poor performance the coach named the roster to compete in the Gold Cup next month.

“We didn’t play well. And you’re going to have nights where you don’t play well. I’m not sure it should be that volatile that you turn against a team after one poor performance. There’s going to be more.

We lacked speed, we lacked aggression in the final third. When the ball is wide, there should be four guys in the penalty box, and we only had two half the time. Even when we won the ball in good positions, now it’s time to counter, now it’s time to force ourselves on the opponent, we didn’t do that.”

The 23-Player Roster was named today for the 20q19 Gold Cup:

U.S. Men’s National Team head coach Gregg Berhalter has selected the final 23-player roster for the 2019 Concacaf Gold Cup. With a mix of veterans and promising young talent, the United States will pursue its seventh confederation championship title. The 16-team tournament marks the first official competition for the MNT in the 2022 World Cup cycle.

“As always, there were some difficult decisions to be made for this roster and I’m extremely pleased with how the players have shown so far this year overall.

We’ve had a chance to look at the player pool for the last six months. We feel great about the group that will take on the task of trying to win the Gold Cup.

This is only the start of the journey. Our ambition is to progress as a team throughout the tournament and put ourselves in a position to be playing July 7 in Chicago.”

Mexico to the quarterfinals of Gold Cup