The first goal took place 15th second after kick-off and Man City controlled the tempo during the whole game.

“It’s not normal to win by six goals against a strong team like Tottenham, I think today we played really well, not just attacking but defending. Spurs have very important players in attack, so to not concede is very good. We have scored 26 goals in six games at home but I am more happy at the way we play as a team – a balanced team in attack and defence.

“I don’t like to compare games and teams but at home we played really well against Untied and Norwich – all the games at home are very similar except maybe the one against Hull.

“The problem is away but I repeat: I don’t think we play so different away from home. I am absolutely sure that if we continue the way we are we will start to see results away. I am absolutely sure we’ve had bad luck playing away this season. If you review all of the games, this team is not playing badly away.”

“Everything went wrong for us, it’s very hard to find explanations. “Our motivation, which was high, immediately suffered when we conceded after 15 seconds.

“We lost control of the situation and every single attack was a goalscoring opportunity for them. We were not at our best and we have to be ashamed of a result like this.” 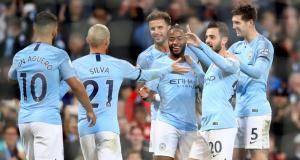