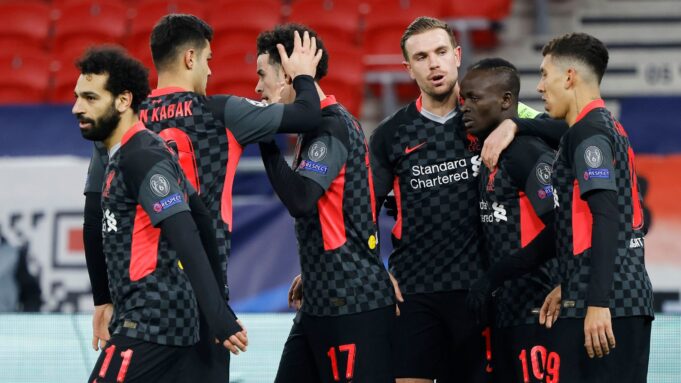 Champions League knockout stage – Round of 16

Due to Covid-19 restrictions, Liverpool traveled to Budapest, Hungary to play RB Leipzig for their first leg of the Round of 16. The Premier League champions regained confidence by taking an option for the quarterfinals thanks to a strong performance, punctuated by 2 goals, 0-2.

After back-to-back losses against Man City and at Leicester, the olybet website odds were divided between Leipzig (2nd in German Bundesliga league) and Liverpool. However, Liverpool rebounded nicely in the competition they won two years ago (2-0 vs Tottenham).

The game was opened and could have gone either way. Yet, two goals for Liverpool in the span of five minutes put the German on their knees. Mo Salah (53′) and Sadio Mané (58′) gave a confidence boost to the Reds in their search of another trophy.

Coach Klopp on the win:

“I’m very pleased with the performance obviously. It led to a result, I think to a deserved result. It was a game where you don’t expect big advantages for one or the other team because of the nature of both teams, because both are really well organized, both defend really well, both are used to causing the opposition side problems in the way they want to build the game. I thought that worked out slightly better for us tonight. I know Leipzig pretty well and I know how dominant they can be football-wise, how overwhelming they can be in a game from a physical point of view.

That’s what we had to deal with tonight and the boys played a really good game – a really good game. We had a day less to prepare, which we have spoken a lot about, it’s a tricky thing. But we did well, played a good game, deserved the win I think, and forced them to make mistakes with a good formation, with a good attitude, in other phases we played good football. So, yeah, I’m happy with the performance.

Tonight the result was there. We kept a clean sheet, we scored two goals, we forced the opponent to make the mistakes we made pretty much in the last few weeks, that’s clear. Worked really hard; the boys did again top individual performances but especially how we really worked together and put all that stuff together.”

Why this Bundesliga elite matchup was so much anticipated?