The European championships have finished, and it was one of great entertainment, with some incredible performances across the week. It turned out to be a successful tournament for Italy, as they won the second title in their history and further extended their remarkable unbeaten run. They were also heavily supported throughout the tournament with fans using a host of different options and some slots here to keep entertained across the month.

Italy ended up going through the entire tournament undefeated, which was little surprise to many, as they had also entered on an incredible unbeaten run. This now sees them at 34 matches, which spans over three years. It is one of incredible change for a nation that had failed to even make the World Cup in Russia. This failure for a nation as big in the footballing world as Italy was clear and major changes have been made and they are now again one of the clear dominant forces of the sport. Italy are also now just one match shy of equalling the longest unbeaten run in international football history and they will be long odds on to now go on and equal the record, before surpassing and extending on this. They are now such a tough side to beat and have again showed the incredible defensive prowess that Italian sides have long been known for.

The wait to win silverware goes on for England… 💔

Italy progressed through with a faultless group stage, winning all three fixtures, whilst also scoring seven goals and not conceding a single goal. They followed this up with a battling performance in the round of 16 against Austria, where they were taken to extra-time, before going up a gear. This set up a quarter final against Belgium and they produced one of the best performances of the tournament for a 2-1 victory. The semi-finals were different for the side, with Spain dominating. The game went to penalties, but Italy again proved their metal with the victory and setting up a final clash with England. The final was a similar close fixture that went all the way, but it ended up in heartache for England, with Italy again picking up the victory. An incredible performance from a much-improved Italy side. Can they now follow up in the World Cup next year? 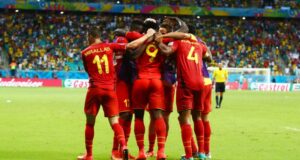