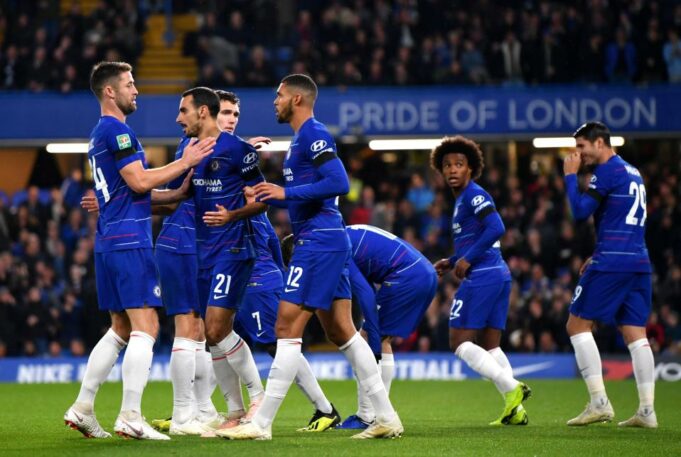 The Blues have recorded a sixth consecutive win, for the first time in more than two years. They won eight out of their first twelve games and sit a the second place alongside Leicester.

Coach Lampard is pleased with the victory:

“Every game in the Premier League is hard, particularly against a team as well organised as Palace are.

The first half, we started really well, a goal probably would have put us in a really good position, but we didn’t get it. We allowed the tempo to drop slightly towards the end of the first half.

But we came out for the second half with the intent we did and the extra 10 per cent of urgency in our game.

I wouldn’t say we won the game comfortably, but 2-0 is relatively comfortable. It could have probably been more with a bit more end product, but it was a nice solid win with a clean sheet.

Christian came from another league, didn’t really have a great break. He played some games early on and the pace of the Premier League is tough for any player, that’s been proven time and time again.

With Christian, I always believed that he had huge talent and was going to be a big player for us and he’s absolutely showing that. He was first-class today, as he has been recently with his energy, movement off the ball, slipping past people, working off the ball and his quality, and getting in areas again to score in and around the six-yard box, which I think is a huge thing for any wide player.