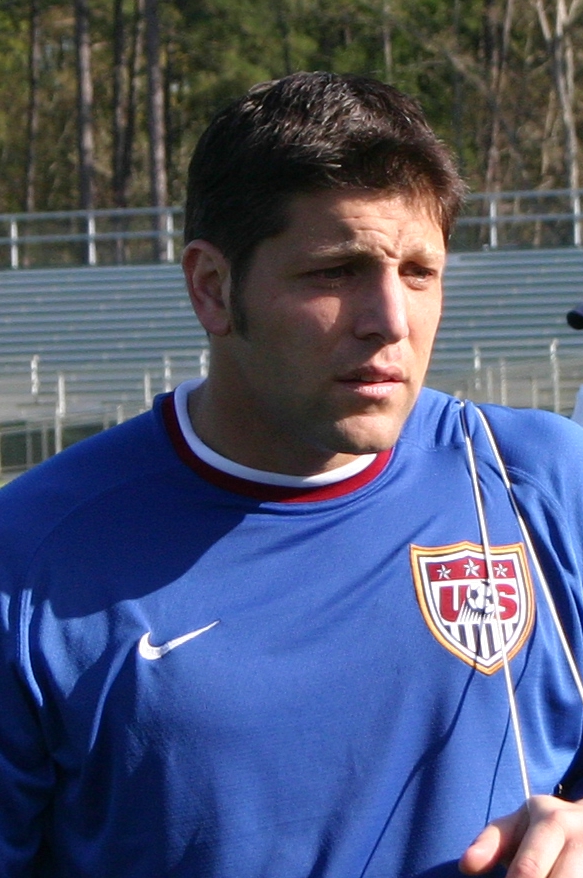 New Jersey-born goalkeeper Tony Meola represented the USA in three World Cups (1990, 1994, 2002) and spent a decade in Major League Soccer; first with the MetroStars, then with the Wizards, and finally with the NY Red Bulls. During his career Tony also had loan spells at Watford and Brighton & Hove Albion in England. Tony had the distinction of representing the USA in their 1994 World Cup win over Columbia, a match considered by many to be a milestone in US soccer. Tony was in Columbus this week ahead of the USA’s second-round clash with Jamaica in World Cup qualifying. He took time out to speak with 90Soccer’s Alex Baker by phone before appearing at the All-State Fan Zone prior to the match.

90: What did you think of the USA’s performance against Jamaica in Kingston?

90: Do you think there’s still too much experimentation going on under Klinsmann?

TM: Seems that way. I like that the pool’s expanded a little bit, but first game World Cup qualifying, I think that’s when you lock it down. You go with your experience, you get points early and then if you want to experiment at the end of the stage when you’re already into the next one, that’s when you do it. But they’re not paying me to coach so . . .

90: Do you think Klinsmann has had a positive effect on the US?

TM: I’m not sure what’s changed. I think we’re a good team, I thought we were a good team before he got there. I’m not saying he’s not doing good work or that Bob did better. I’m just saying, I don’t know what we’ve done. We talk about this new system, but what really is the system? We’re an athletic team, when we’re organized we’re very good. We’re always gonna defend fairly well, we’re solid in goal, we can counterattack and when we’ve got all our players on the field we have enough creativity to score goals. Is that any different than what we had? I don’t look at our team and go `Oh, we look like Barcelona now.’

I’m a fan of Jurgen Klinsmann and what he’s doing, I just wanna see the team do well. Like any other coach, his success is gonna be determined by qualifying for the World Cup and how well he does there, that’s the bottom line.

90: Do you think Bob Bradley gets a bad wrap?

TM: I was a fan of Bob Bradley’s.  I don’t know how he got treated behind closed doors but I do think it was kind of abrupt. He did a lot of great things, won a lot of big games for us, took us to the final of a tournament where we were a half away from winning one of the biggest tournaments in the world. In that we beat Spain along the way, which was just as big as any win we’ve ever had.

90: What did you think of Dempsey going to Tottenham?

TM: I always said if he scores that many goals with Fulham, I’d love to see what he’s gonna do when he has service all the time in the box. Now he’s at Tottenham, a team that can fight for Champions League. Just by nature, he’s gonna get more service than he would’ve at Fulham, and look what he did at Fulham! Put a guy like Clint in at Man United and he can do just as well as anybody for me. Now we’re gonna get a chance to see him at a big club.

90: What about Landon Donovan, should he be in the EPL?

TM: After his spell at Everton he could probably have gone anywhere he wanted in England, but I can only believe his words; he says he’s happy being in LA, happy playing for the Galaxy and he wants to stay closer to home. If that’s the case then the loan deals seem to make sense. You always hope he goes over there, but at the end of the day there’s no sense in going if you’re happier staying.

90: What was US soccer’s greatest moment?

TM: I think the Spain game. But I also think you gotta go back to our win against Columbia because it happened during the ’94 World Cup when Columbia was picked by some to win it and by most to be in the semifinals. And the fact that it was at home, I think all those things added up to an important time for us.

Impact back in first place in the Eastern Conference