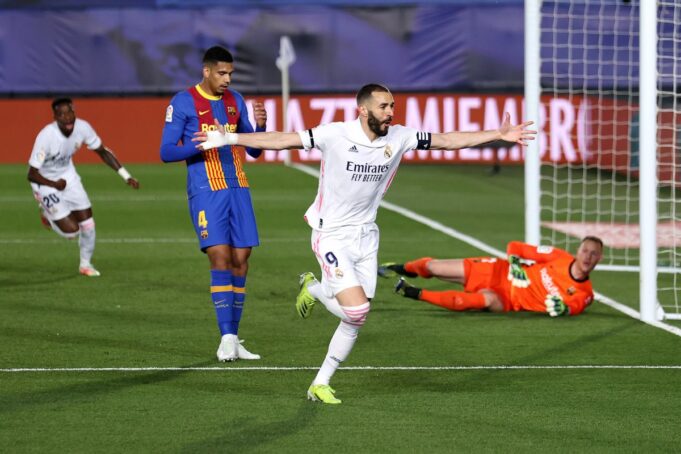 Atletico Madrid 67 points; Real Madrid 66 points, FC Barcelona 65 points. We are in for a treat with a fabulous LaLiga month and a half of competition left. FC Barcelona and Lionel Messi fell to Real Madrid 2-1 in El Clasico as Real Madrid continue to push forward to defend thier LaLiga title. Atletico, Real and Barcelona are within 2 points in a tight LaLiga title race with 8 more games to be played.

Real Madrid is also the only team among the three still in the Champions League as the world’s record 13-time champion will travel to Liverpool to defend their 3-1 victory obtained in the first leg. Zidane and his squad have the chance to move onto the semifinals of the Champions League whereas Atletico and FC Barcelona got ejected at the last round….

“We controlled the game and deserved the win. We had chances to get a third or even a fourth goal. We struggled at times because this game demanded an awful lot of us, just like the clash with Liverpool, but that’s what you come to expect against these teams. It’s a well-deserved Real Madrid win.

We’re not going to change anything, we have to keep going because we’ve won nothing yet. It’s one game, three points and nothing has changed, we’re in the fight like the rest of the teams.

We’re in the Champions League and want to keep fighting and winning. We might have problems, but we shouldn’t fear anything, we have to believe in the work we’re doing. We’re still in both competitions and we must carry on working hard. The team has been pushed to the limit and we need to rest for Wednesday’s game, which is going to be very difficult”. 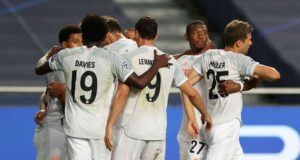