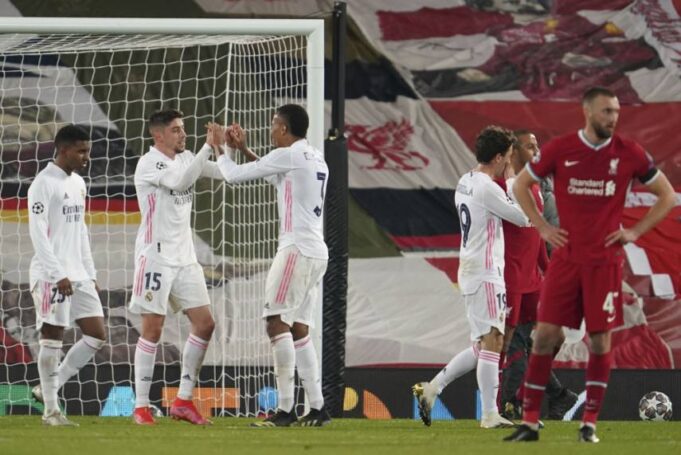 Liverpool 0-0 Real Madrid. The Reds were not able to overcome the 2-0 deficit from the first leg as Real Madrid played a solid defensive game and was the better side in this confrontation. Liverpool had their best chances in the first half but were unable to convert on the scorebaord. Ultimatlety Real Madrid increased their defensive lock during the course of the second half.

Liverpool’s season has been difficult to see the least and the Premier League defending champions are battling for a top 4 slot in the league. If they fall behind they will not play the Champions League next season and it will clearly be a failure for coach Klopp.

Klopp on the elimination:

“We didn’t lose the tie tonight, we lost the game obviously in Madrid, that’s clear, with the performance we put out there, which was not good enough. Today it was good enough to go 1-0 up for sure and then it would’ve been a different game. So, with the experience of Real Madrid and the situation like you have to chase a game, that you have to score and stuff like this, it got more and more difficult obviously.

So they controlled the game from a specific moment on, had then their counter-attacking chances themselves. But obviously what we saw tonight, with two good performances we would’ve had a better chance to go through. One good performance without scoring then anyway was not enough.”

Real Madrid reaches their fourth semifinal under coach Zidane. THe French boss won the last three the club particpated in.

Zidane on grinding out and reaching the semis:

“We were able to dig in. That was to be expected in a quarter-final tie. We deserved to go through but we knew it was going to be difficult. We controlled the game well, we worked hard for each other and I’m thrilled for the lads. It was hugely important to make it through to the next round and it gives us a big morale boost.

We’re happy to have qualified but we haven’t won anything yet. We’re still alive in both competitions. I’m proud of the team and everything we’re doing, we have to keep it up.

The players always want more and the team always shows that character. When there are difficulties, they’re more united and want to step up. We have immense quality, but the key is the character of the players”.

Man City comes from behind with character

For the second time in club’s history Man City will play the semifinals of the Champions League. Manchester City won 2-1 at Borussia Dortmund in a hard-fought battle that saw the Cityzens down 1-0 early in the game and potentiall out of the Champions League competition. The future Premier League champs got back int he back thanks to a penalty and then youngster Foden gave the relief to his team and coach Guardiola.

“In Europe, there are incredible teams and to be able to get there is to be satisfied. This is just second time the club is in the semi-finals of the Champions League. Never reached the final. We are not mature enough in the Champions League, but the players learned a lot in the last seasons. We are making steps forward for the next years. We can say we can play semi-finals. We were there once and maybe we can do it again and today breaks this bridge mentally.

Of course, we want more. We are going to play PSG, the finalists last year against Bayern Munich. We know how tough they are. They knocked out Bayern Munich, the best team in the world right now. We will see what happens and how we arrive, but for the club and especially the players, it is a good moment for all of us.

“We cannot forget, in the five years we are together, we have gone out of the Champions League quarter-finals three times. For all the club it was a big relief and so important.” 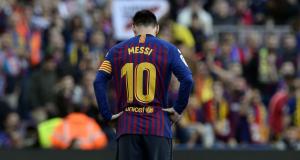