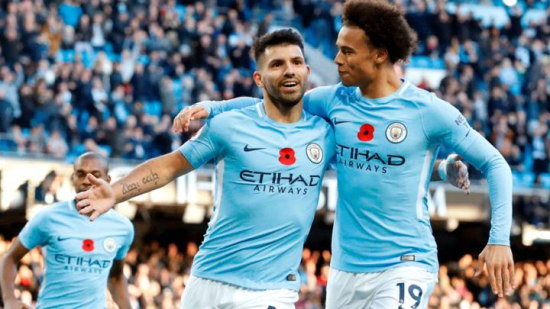 This game was by far the most anticipated clash of the beginning of the Premier League campaign against two rivals claiming to win the title. Manchester United and its resounding summer transfer window featuring Ibrahimovic, Pogba and newly appointed coach Jose Mourinho was to make a statement against its closest rivals.

On the opposite, Manchester City invested in youth talent recruiting Stones and Sané along side Gabriel Jesus from Brazil, as well as signing Pep Guardiola to coach, who is discovering English benches and style of play. Both coaches are renowned worldwide and have won it all on the European stage. The the odds compiled on SmartBets by betting experts was slightly in favor of Manchester United, playing in front of home crowd but a terrific start from the Citizens calmed down the Red Devils.

Zlatan Ibrahimovic did reduce the gap right before half-time but it proved but unsufficient to overcome an early 2-0 deficit. With the win City remains on top with a perfect 4 on 4 to start the League this season.

“What did I make of today? I think in the first half they were much better than us. We started the game badly. We started the game with some players really below the normal level, in terms of their concentration, of their mental ability to play a game of this speed because you need to be sharp in the way you think, the way you play. In a match of this dimension, when you have three or four players not at that level, you pay for that. The team paid for it.

In the first half, for 35 minutes it was City in control, City deserved to be in front. In the last period of the first half we scored a goal and we could immediately score again but I think that was outside the context of the game in the first half. The second half was completely different, and when they brought on Fernando, they were feeling what everybody was feeling, that we were in control. We were much more dangerous, we had our chances to equalize and who knows what could happen if we had equalized. For 45 minutes, we fought really hard. We tried everything, took lots of risks and deserved a different result.

You know that in this league you are always going to lose matches and you know that especially between the big teams, three results are more than possible to happen. So I don’t open my mouth when Liverpool go and beat Arsenal at Arsenal, when City beat Man United here, when Man United beat Chelsea or Tottenham away – nobody opens their mouth with surprise because it’s a normal result. But of course we’re sad and disappointed with the defeat.”

“The first half was really good. The last minute was a fantastic goal from Zlatan Ibrahimovic. In the second half, we knew they would change the system – they put Paul Pogba and Marouane Fellaini more in front and they were much stronger.

The second half was an open game. We had many counter-attacks. When you have three on three, four on four, five on five, you have to take advantage because in the last minutes, anything can happen.We played good. We had the ball and when we lost it, we won it back quickly. We created enough chances. You cannot come to Old Trafford and dominate. It’s impossible.

What Claudio [Bravo] did was one of the best performances I’ve ever seen. I like goalkeepers to play in front and after that [United] goal, he continued playing in our build-up, playing long balls and coming out to pick it up.

In football, it’s about how you react to mistakes – it shows character. He continued playing. It means a lot. The way we train and the way we play has given me a lot of confidence. We played good in the first half because of Claudio. I like the keepers to attack the ball and after what happened, in the second half he continued to play and that’s a good thing about his personality. He was one of the reasons we played well in the first half.

Yeah [if you pass the ball from the back] it can be too risky; if you lose the ball they will score but you can control the game. Until my last day in England I will try to play with the ball as much as possible. I know it’s impossible for 90 minutes but I’m sorry, I will not negotiate that. Today we made a lesson with the ball.” 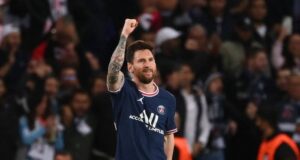