Chelsea coach Tuchel on advancing to the Final:

“It was another energetic performance, full of positive attitude, full of hunger, and what spirit we showed in moments when we needed to suffer in the first half, and what a reaction in the second half. The heads were never down, the heads were always up even after the big chances we missed. We always stayed positive and we never regretted some things, so it was fantastic.

Any chance that you don’t take and you miss, you know you play on the edge because Real Madrid can hurt you any second out of absolutely nothing, by pure individual quality,’ our head coach said.

So to hang in there, to continue with positive body language, to hang in there physically and with the mental attitude like today, to stay active, to never stop trying to play for the second goal, never allowing Real Madrid to push us deep and create chances, this is really huge.

So I am absolutely delighted with this spirit and big credit and big congratulations to the team.”

Real Madrid and coach Zidane had hopes to reach the Champions League final for the 4th time under his tenure. Chelsea played well and imposed their style to frustrate the club from Spain. For Tuchel, the former PSG coach will play its second straight Champions League final after last year against Bayern Munich.

“Chelsea deserved to go through. We did our best, but they deserved to win and go through. The players were prepared for the semi-final and I’m proud of them. They did their best, but we were one game away from the final and Chelsea played really well. They’ve gone through and I’d like to congratulate them”.

“We had a lot of players missing, but now we have four games left in the league and we have to recover and be ready to fight for the league title. It’s really important that we do that. We’ve had a really good Champions League run and we were just one game away from the final. We’re not going to throw in the towel with four games to go now. We have to finish the season as strongly as we can”. 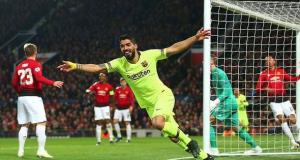