Home US Soccer U.S. Marathons and Half Marathons You Need to Run 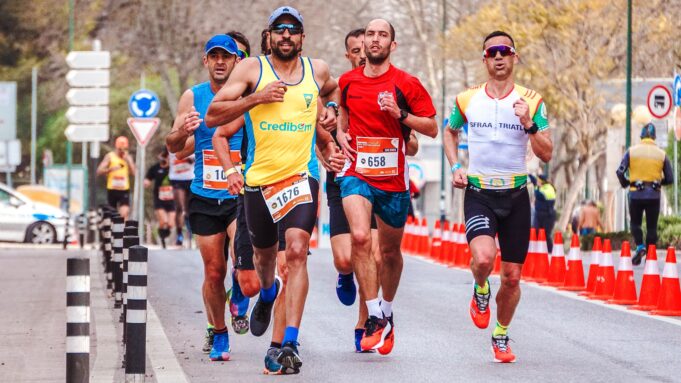 The United States is full of natural beauty, iconic sites and a vast landscape of landmarks worth seeing. For runners, the best way to see these places is via a long distance run. If your dream vacations center around running marathons in picturesque or iconic settings, these U.S. races should be on your list.

The Space Coast Marathon and Half Marathon take you on a beautiful journey along the picturesque Atlantic Coast of Florida. As the sun rises on your run, you’re likely to see dolphins playing offshore. This race is a Boston qualifier and one of the flattest courses you can run, so it’s great for a first marathon. Plus, you’ll get to visit the white sand Florida beaches after your run.

Though they only offer a half marathon length, this late February race offers views like no other. Watch the sun come up as you run through an old western movie set. The first half of this race is on trail, surrounded by various desert cactus, making it all the more of a challenge. Though half is on pavement, the scenery is still picturesque, with only a few solar power system fueled houses barely visible among the mountains and wildlife.

Big Sur is one of the most iconic and picturesque marathons in the world. It’s also the largest rural marathon in the world. It winds through redwoods, ranches and offers incredible views of the Pacific Ocean. This race is extremely challenging but well worth the effort. Though not recommended as such, it is a Boston qualifier.

Welcome to “the most magical race weekend on Earth” at the happiest place on Earth! Enjoy a run through all four Walt Disney World theme parks, with a start and finish at Epcot. The race may not be ideal as a qualifier, because you’ll want to stop and take photos with iconic Disney characters along the course. Not to mention, you’ll get a much deserved trip to the park after as your reward.

Run by moonlight as you take in the majesty of Zion National Park. Though this race only offers the 13.1 mile distance, it is well worth the trip. You’ll run along Gooseberry Mesa and overlook the desert with views of Zion National Park. Running in the quiet of night, with the moon and twinkling stars as your guide, and silhouetted views of deep canyons in the distance is an experience like no other.

Cowtown Marathon and Half Marathon – Fort Worth, TX

If you’re looking for a more urban race, try this half or full marathon race in the city that considers itself “the gateway to the west.” Scenery includes views of the Trinity River and the historic Fortworth Stockyards. This race is exemplary for its professional organization and community support. Plus, you can’t beat a race that takes you through North Texas.

This summer celebration is held near the summer solstice when daylight averages around 20 hours a day. This race offers views of the downtown skyline as well as natural scenery like the Chugach Mountains. This course is hilly and it’s possible you’ll even see moose or bears along the run.

This race celebrates Louisville’s most well known horse race with a human race. All race events are typically run by more than 10,000 people. The race is a part of the city’s two week Kentucky Derby Festival, which culminates in the Run for the Roses. The race itself even takes you inside Churchill Downs where you’ll hear the sounds of past derby calls. Reward yourself with a mint julep after as you celebrate the “greatest two minutes in sports.”

There are so many great races out there that celebrate the beauty and majesty of the United States. Lace up your sneakers and plan your next vacation around a race!