What the Giallorossi didn’t manage to earn on their own, were gifted by their hospitable hosts. They were trying hard to secure the win, Cesena tried hard to avoid the defeat, but was the one who Pellgrino decided the game with an own goal in 88th minute.

Claudio Ranieri was determined to secure the three points, fielding an offensive formation with Jeremy Menez, Mirko Vucinic and Francesco Totti in the attack line.

The Lupi started the game better, creating chances to score first. Daniele De Rossi had the first dangerous shot in 9th minute, which was denied by Cesena goalie Francesco Antonioli. Jeremy Menez and Simone Perrotta had another opportunity minutes later, without any success.

The Seahorses had the first attempt in 19th minute. Luis Jimenez’s set piece could be easily turned into 1-0 lead, but Argentine defender in Cesena, Paolo Dellafiore, managed to do an unbelievable miss from only four yards.

In 42nd minute Roma had great opportunity to open the score sheet, but Francesco Antonioli denied the effort of Francesco Totti, who received wonderful pass by Mirko Vucinic. First half ended with 0-0.

On the opening of the second half, Cesena scored. However, the goal was disallowed due to foul on Lupi keeper Doni, who was tripped by Emanuele Giaccherini in his attempt to convert Jimenez’s pass into a leading goal. All he earned was a yellow card.

That was a warning for Roma, but it also turned out that it was an encouraging moment for the hosts. They showed their spirited nature as a home team and created some very good opportunities for opening result. Giuseppe Collucci had the most serious attempt, which finished inches wide.

In 89th Cesena defender Maximilliano Pellegrino finally scored, but it was in the wrong net. Fabio Simplicio desperate effort to assist to anyone on the six yards box resulted with his unlucky effort.

Understandingly, Claudio Ranieri was delighted with the away win. “We haven’t won away from home very often this term and this is an important result for us,” he stated, “the boys kept going until the end and were rewarded for such an approach with all three points.” He also commented about the squad depth and the recent treatment of Captain Francesco Totti. “Both Vucinic and Menez played great games but I also have a lot of talent on the bench. If a player is to get upset every time I make a substitution then what use is there in having substitutes? I make my decisions for the benefit of the side and I don’t see why I should have to explain them every week,” he finished.

Ahead of the next fixture on Stadio Olimpico with Cagliari, Roma kept the fourth place with 35 points, but now they’re only six points away of Milan, with real opportunity to relive the Scudetto ambitions with a great run of results in next several rounds of Serie A.

Roma is set to visit Cesena this weekend in attempt to record only the second victory outside Stadio Olimpico, which will improve their chances for Champions League spot for next season.

Lupi somehow managed to fierce through the table and reach the fourth place. They have 32 points, eight less than Milan. The best home team in the league would be a genuine title candidate if they had won more points away, but the reality is different.

They lost the last Serie A match against Sampdoria. They showed lack of character, having in mind that they were leading after 45 minutes, but Sampdoria managed to turn the result around with two goals in the second half after some horrible defensive errors. Goalkeeper Julio Sergio made things worse when he made a penalty with a tackle that made the referee show him a well deserved red card and he will miss now. Despite him, Philippe Mexes, Juan and David Pizarro are injured and they won’t travel to Cesena.

The last bad news for coach Claudio Ranieri are related for their best player and captain Francesco Totti. He didn’t train regularly last week and is doubtful for the game. The icon of the club is the most important player that any club in Serie A has, so this could be a big blow for Gialorossi for the tricky match.

Cesena will miss only the first option right back, the Japanese Nagatomo. However, even without him they should keep the brave fight to avoid the relegation. They play well at home, losing only four out of the ten games so far, and winning four. Strong sides like Lazio and AC Milan are among the victims of their home turf spirit. That kept them out of the relegation zone, only one point above it.

However, the three games unbeaten run, winning seven points in the process, means that Romans mustn’t be too confident this weekend. They have managed to lose too much away points and tricky trips like this must be taken very serious. The Seahorses live their Serie A dream and are eager to satisfy their fans in every given opportunity. Lupi will try to score an early goal that would make their job much easier in the rest of the game, unless they repeat the awful defensive errors of the game against Sampdoria. If they don’t, everything they can expect is facing with hard working side with a big passion for victory. Then things could go bad, as usual. 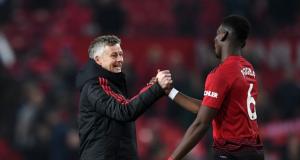