Milan didn’t looked good when lost the Champions League match against the fifth placed English team, but thing in Italy are better for them. They kept the three points advantage ahead on Napoli after the late winner of Alexandre Pato who secured the 2-1 victory in Verona with Chievo.

Massimiliano Aleegri fielded his three headed monster in attack Ibrahimovic-Robinho-Cassano, but they were not in scoring mood on the start. The beginning of the game was boring, with few unclear chances for Cassano and Pellissier. The first important moment came in 25th minute when Robinho scored the first goal. He used his arm to stop Ibrahimovic’s header and easily tapped the ball into the net. Chievo players protested, without any effect however.

Milan almost made it two when Zlatan Ibrahimovic tried a long range shot, but Sorrentino stopped it. On the other side Luca Antonini denied the attempt of Cyril Thereau. Sergio Pellissier missed the best equalizing opportunity, sending the ball wide from close range and the result on the break remained 0-1.

The play after the second half whistle was tough, with lot of fouls in midfield. That made Zlatan Ibrahimovic to test his well known long range shot, but Sorrentino kept his goal well. Milan seemed to have played better, but then the thing turned around. Chievo managed to equalize after Gelson Fernandes’ header.

Then Rossonerri tried to stop the poor run of results and regain the lead. Coach Allegri reacted soon, bringing Alexandre Pato in the place of Antonio Cassano, who failed to impress in the second half. Milan controlled the game, but the only serious scoring opportunity was missed by Robinho and Ibrahimovic.

In 82nd minute Pato showed why Allegri should trust him. He beat the whole Chievo defense on alone before fired in the closer down corner to bring his team one goal advantage once again. Flying Donkeys couldn’t pick themselves up from this situation and the result remained 1-2 for guests. Bostjan Cesar was sent off in the meantime.

Massimiliano Allegri was happy because his team bounced back after the Champions League loss against Spurs. “It was never easy to bounce back following our setback in the Champions League during the week. I certainly don’t think we deserved to lose [against Tottenham], but we demonstrated that we are a side with character with a victory over a tricky Chievo side,” said the Rossonerri boss.

Stefano Pioli protested that the referees stole points from his side. “We were punished by the referee today! We battled hard against the best side in the league and unfortunately were punished by some inattention from the match official. Maybe the side was slightly foolish in not playing to the whistle but the handball [by Robinho] was there for all to see on their opening goal,” angrily said the Flying Donkeys coach.

Milan is still first with six points lead in front of Napoli, which could melt the advantage o three points again should they beat Catania on San Paolo in the last match of this round. 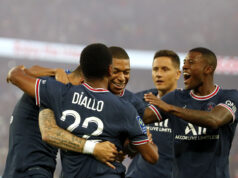 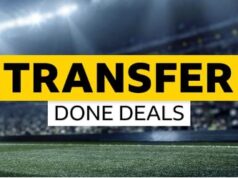 Serie A Weekend In Review