Strange things were afoot today at Jeld-Wen Field in Portland as the Timbers suffered their first home defeat in regular-season MLS play at the hands of a determined DC United.  The match was characterized by what often looked like inconsistent officiating and if Geoff Gamble, who made his second appearance as an MLS referee, sought to erase the memory of his disgraceful performance in his MLS debut last week, it must be said that he made a hash of it.

The first half, played before Jeld-Wen’s usual sold-out and roaring crowd, was unremarkable save for a 13th minute goal by DCU defender Perry Kitchen who knocked one in from ten yards out on a well-timed throw-in from Chris Pontius and an assist from Blake Brettschnieder.

As the half progressed, it became increasingly evident that the Timbers lacked for urgency and drive.  While they were able to create several scoring opportunities and had the better part of possession, they were unable to find the back of the net save for a 42nd minute shot by forward Kenny Cooper that was ruled offside, though it was not obviously so.

Gable incurred further wrath and disgruntlement when, during a minute of stoppage at the end of the half, he called an end during the middle of play.  The Timbers threatened at the time and accordingly, the ill-starred Gable exited the field to a resounding round of boos, hisses and unprintable profanity, courtesy of the Timbers Army which by now, was ready to eat his intestines, liver and other internal organs.

Whatever else might be said of Geoff Gamble, the man is no coward.  In the second half he returned to the pitch, before the roaring and badly partisan crowd of 18,627 rabid Timbers supporters, intent on officiating the rest of the match, however ineptly.

The second half began with a seemingly revitalized Timbers offense that started to break down the DCU middle and that, with a few bursts of Colombian speed on the parts of Jorge Perlaza and Diego Chará, began to look dangerous.  In the 57th minute DCU defender Dejan Jakovic earned a yellow card on a hard tackle against Perlaza who, as per habit, had been beating him up the sides for much of the match.  Cooper headed in the penalty kick, but again, this time questionably, was called offside.

It wasn’t until the 64th minute that the real madness and sloppy officiating came home in a weird sequence that had the maddened Timbers Army howling.

In the 64th, with the Timbers pressuring, Jakovic pulled Portland forward Kenny Cooper down in the box.  Cooper was given a penalty kick, which he took, and which was blocked by Bill Hamid, but it was called back on grounds that Hamid had moved past the line prior to Cooper touching the ball.

So, Cooper got to do it again, with virtually identical results: Hamid moves off the line too soon, Cooper’s shot is blocked, and the whole thing is to do over again.

By now, Timbers coach John Spencer had seen enough.  Cooper was told that team captain Jack Jewsbury would take the penalty kick in his place, he got pissed off and was immediately subbed out for Ryan Pore.  Cooper was pissed, probably embarrassed and angry, but headed to the locker-room under Spencer’s stern Scottish glare.  Meanwhile,  Captain Jack rocketed an unstoppable shot past Hamid into the left side of the net, evened the score, and then, ladies and gentlemen, we had a real game on our hands.

But wait, we’re not done with dodgy officiating yet.  The plot thickens in the 74th minute when, at the top of the Timbers’ box, Chará made a sliding tackle on DCU midfielder Chris Pontius and the ball accidentally rebounded into his extended forearm.  The vaunted Gamble team ruled this a hand-ball inside the penalty box and accordingly awarded a penalty kick to DCU, whereupon Pontius put it away with a fast rocket right down the center.

A perhaps-understandably-confused Timbers side fought on in disorganized fashion until DCU woke them up with an 85th minute goal in which Josh Wolff, who’d been subbed in for forward Joseph Ngwenya, beat Timbers goalkeeper (and former DCU player) Troy Perkins after breaking clear of the Timbers’ badly-disorganized backline.

The Timbers briefly rallied as if they meant to equalize with two more goals, but in the end it was too little too late and an 88th minute header from Perlaza off of a Jeremy Hall throw-in was the best they could manage.  Perlaza, who was something of a bright spot in an otherwise dim cast of Timbers characters, nearly shot one home in the first minute of stoppage with a right-footed rocket from 20 yards out, but it went less than a foot wide and despite his excellent work, Jorge was unable to save the day.

While it’s tempting to look at the timbers’ first loss at home as the crash-landing of a fairy-tale plane that flew too high, I don’t see it that way at all, and to the contrary, I see it as a valuable and even necessary loss in the sense that it serves to ground a new and highly-successful team in reality.  Jeld-Wen Field is awesome and definitely unique, but that alone is not enough and never can be enough.  Excellent home support can take you pretty far, but if you ever let it go to your head, it’s a cinch that some has-been third-rate team like DC United will always be around to cut you down to size.  This is what happened today.  I think Spencer, to his credit, has seen it coming for several weeks now, even if his players have not.  Ultimately, when you play for a town like Portland, it’s easy to forget that you really are just another team in a big stew-pot of many others.  That adulation can go to the head, and as such, a humbling defeat is sometimes for the best.

Let’s talk about the officiating.  It sucked.  I don’t think anyone can argue with that.  I think that DC United still played the better game and deserved the win, but at the same time, I almost feel sorry for them inasmuch as however well they may have played and however much they may have deserved the win, it will always be besmirched by the terrible officiating.  Long story short, MLS deserves better than this.  If it’s ever going to become a world-class league and not just a second tier also-ran/retirement league, MLS needs legitimate  officiating, and not a pack of semi-coherent goons tossing out random calls on the thinest of margins.

Timbers Head Coach John Spencer on the match: “I just felt they were the better team of the day… Do I think they’re a better team than us?  No, but today they were.”

As for next week’s match against Chivas USA, I am confident that the Timbers have what it takes to win it.  While Chivas has played well in their last few matches, the Timbers have already beaten their reserves and, for my money, have enough high-powered talent to where, when they are focused and determined, Chivas will have little or nothing to say to them.  On the other hand, as Coach Spencer said, “Were gonna have our hands full next week.”

DC United Head Coach Ben Olsen on the match: “After that call, and the second call… to regroup after that in front of this crowd shows a lot of character.”  Agreed. 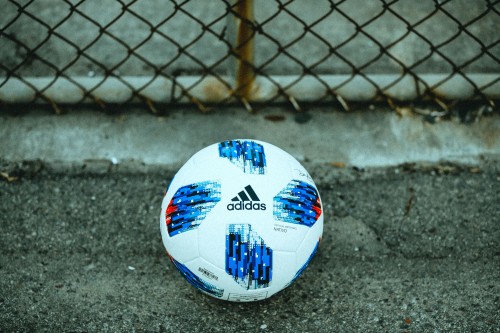 The Future of the MLS